This is the second in my rant series and although I'm planning to have them a little further apart, this was too current and too good to delay. I think it expresses what a lot of women are feeling right now in relation to Trump.

Amanda Grace is a creative explorer, working in mixed media from her studio, Pilgrim Soul; a converted farm building in Sligo on Irelands North West Coast. Amanda’s passion revolves around the themes of identity, connection, wisdom and care. She believes the creative process is a powerful medium for developing insight by engaging in an ongoing process of enquiry into emotion and experience. Her hope is to inspire and encourage others to care deeply, to live passionately, to know the heart and to speak from the soul. 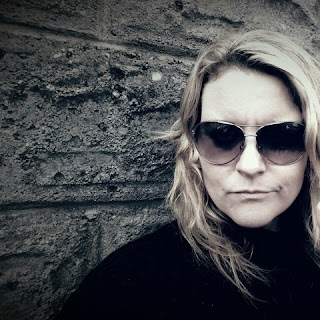 So I'll let Amanda do the talking now...


'I have deliberately withheld all this time from mentioning this PIG online because I didn’t want to give him the airtime. I thought I was doing my little bit for the world in keeping his name out of my social media feeds and thereby conspiring to ‘trump up’ his profile. I reached my limit this morning however, after watching the video released online of what Trump has defended as ‘locker room banter’. Hearing this vile man ‘bragging’ to another about his attraction to and entitlement around ‘beautiful women’ broke me. I’m done ignoring him. I have to say something. I am beyond sickened.

Here is the link to the video, brace yourself - Trump Lewd Comments

Mother of CHRIST.. this kind of bullshit, from ANY man is enough. ENOUGH. Despicable. Fucking ENTITLED ego consumed parasites. That other prick is as bad: “How about a hug for the Donald!"???. After everything vile word he proudly unleashed before emerging from the ‘privacy’ of their cesspit man cave, that other guy goes and instructs 'her with the legs' to embrace this pig? What an invasion. That's an underhanded violation.

Money and power and the patriarch. There is apparently no depths to which they won’t sink. Women, world, WAKE THE FUCK UP. THIS IS NOT GREATNESS. Entitlement is not GREATNESS. MONEY is not mecca. Those with it, are not the Messiah. Stop glorifying and pandering to these men of (NO) importance. Stop conspiring with these predators in servitude to this god complex bullshit.

Somebody posted an article the other day. I saw it in my Facebook feed, about the harm which forcing children to be affectionate does. THIS is EXACTLY why. Had this woman been conditioned another way, she may have felt empowered to assert her boundaries and say, 'actually NO'. 'No 'hug' for the Donald, this way please’.

You can read this article here http://www.scarymommy.com/why-we-dont-force-our-kids-to-give-hugs/

Parents, PLEASE think about this. Teach your children about boundaries. I suspect the industry in which this woman works (or, in my opinion, is slave to), NO is not a word heard very often by the celebrities it glorifies. To refuse a 'superstar' anything s/he demands would probably cost you a job. This canNOT be the acceptable norm anymore. It canNOT be ok. ZERO tolerance for the unquestioned elite. They are NOT superior.

I remember this bullshit from school, where there was an unspoken 'expectation' for us to hug our priest. And what did that priest do when he had you in his arms? He tried to stick his fucking tongue down your neck, that's what. Do you know how many lives were ruined over that? Have you watched the movie Spotlight? Watch it and see if your blood doesn't boil over with RAGE.

How many adults would be living different lives today had we learnt as children that to say NO was a choice?

Take this fucker and those like him down off their pedestal's. These predators need some acquaintance with the word NO.

If you want to check out more of Amanda's work, here is her Facebook page: