I don't do a year in review annually but this past 12 months has been so full on and amazing in many ways, that I wanted to try and summarise, if only for future me.

I remember Christmas last year and I was really at a low point.  More and more my autistic struggles had been augmented by both the pandemic and the hormonal effects of perimenopause.  I was convinced I was autistic but wasn't heard or listened to and I was beginning to feel so isolated and out of sync with the world.  Deciding to pursue a diagnosis, and having my autism confirmed, was definitely one of the highlights of my year, but I will speak further on that in a little while.

I was in the second year of my Master's and thesis was looming but I enjoyed every part of my MSc in Climate Change, Policy, Media and Society in DCU.  And I discovered that I loved studying - it's not that I don't feel the pressure like everyone else, but my super focus and becoming more attuned to how my brain works made it such a pleasure for me.  My undergrad was a bit chaotic, and I didn't know then that I had adhd or that I was autistic, so I struggled a lot.  Having the opportunity to do a Master's was a dream come true and when I got 68% in my thesis, I was thrilled.  I was totally unsure of what I was doing with the thesis,  and many times I doubted my subject choice (which was the role of the Public Participation Network in furthering climate action) but I became so engrossed in the research that it all came together in the end.  My final MSc result was a 2.1 and I did feel proud - although I have to admit that my self-critical tendancy made me a little disappointed that I didn't manage to get those extra marks to get to a first. But overall it was a pretty great achievement and I had gotten a first in 2 of my modules - those connected to media and journalism, which is an area I love, so that was amazing!

Connected to the thesis - and to other parts of my life, I explored more around the whole idea of citizens having a voice, and how that connects to equality in general, and to action on climate.  This really is my huge passion and I spent a lot of the year involved in this idea, and advocating for more civic participation.  I am a member of the Public Participation Network National Secretariat, and via that I became a member of the National Advisory Group, and also got to speak to an Oireachtas Committee, which honestly was something I never imagined I would be doing.  Connecting to like minded people, who care about society, and who want more inclusion and equality, has been another highlight of my year.  Another aspect of the citizen engagement was my acceptance onto the Open Government Round Table, which is part of the Irish implementation of the Open Government Partnership.

In tandem with all of the above, this year I was both a Climate Ambassador with An Taisce, and a Sustainable Development Goals Advocate with Saolta/Development Perspectives. These two programs were amazing, and again connected me with wonderful passionate people, as well as a opportunity to learn and take action.  At the end of year awards with the Climate Ambassador Program, I won an outstanding achievement award.  This genuinely was one of the things I was proudest of this year.  I was in awe of all the work fellow Climate Ambassadors were doing and getting an award was so amazing. 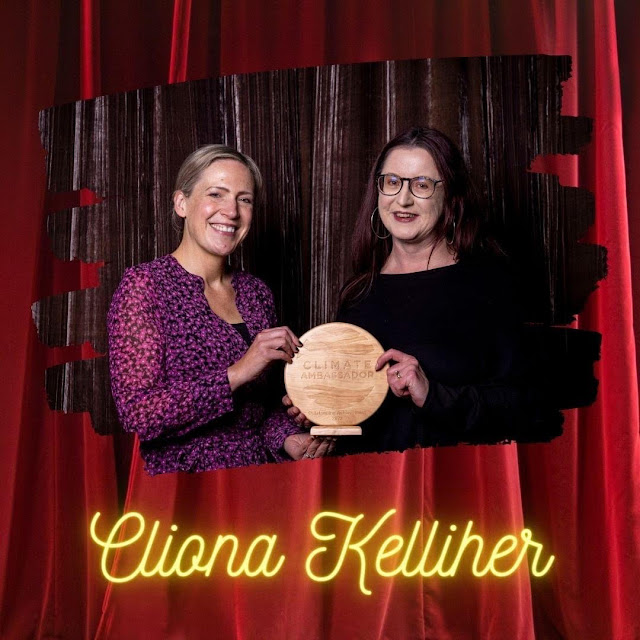 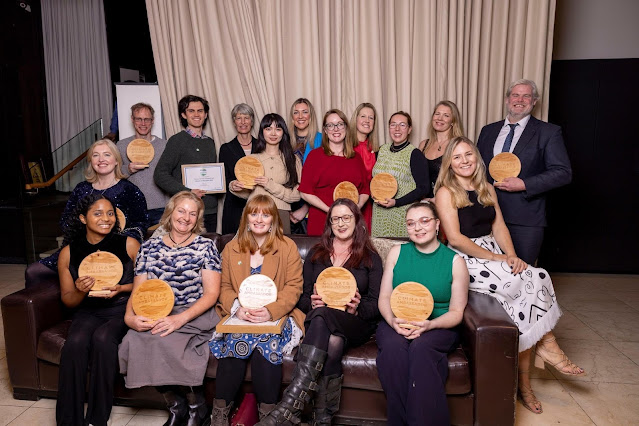 So, back to the autism diagnosis.  It's hard to describe how much getting a diagnosis of autism has changed my life.  It has given me a much greater understanding of myself and an explanation of so many struggles I have had.  Being confirmed as autistic has kind of given me permission, I guess, to be kinder to myself, and to advocate for greater understanding around neurodiversity.  Unfortunately, autism and adhd are widely misunderstood and part of my decision to be very open about my autism, was a desire to spread a little awareness and knowledge around this area.  The ableism and lack of acceptance that many autistic people feel, can hugely add to our struggles and be very upsetting at times.  I'm very proudly autistic and although it is absolutely a disability which affects autistic people in a myriad of ways, I love being autistic and celebrating those parts of me that are unique.  It has meant a shift in how I live my life - in order to accomodate myself, I've had to make decisions around people and activities that I might not have made previously, instead letting myself reach burnout and feel distressed.  It's very much a learning curve, and being a high masking autistic person, I can sometimes slip back into the people pleasing but overall, things are changing, which is a very positive thing for my life.
As I mentioned previously, I got to speak to the Oireachtas Joint Committee on Environment and Climate Action.  This was both nerve wracking and exciting, and a great opportunity to speak about my joint passions of civic engagement and climate action.  It was a great experience and I enjoyed both speaking, and listening to my PPN colleagues.

Of course the year was also interspersed with photography and trips around Ireland.  On two occasions I got to take pictures for the Clay Rooms in Kilkenny, making my own teapot on the first occasion!  (And with one of my pics making it to the Irish Times :) ) 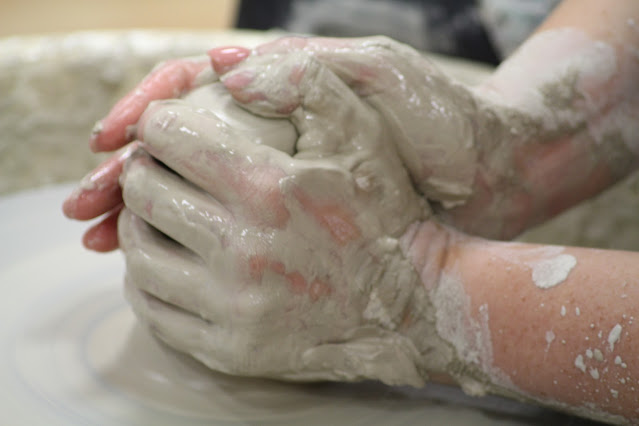 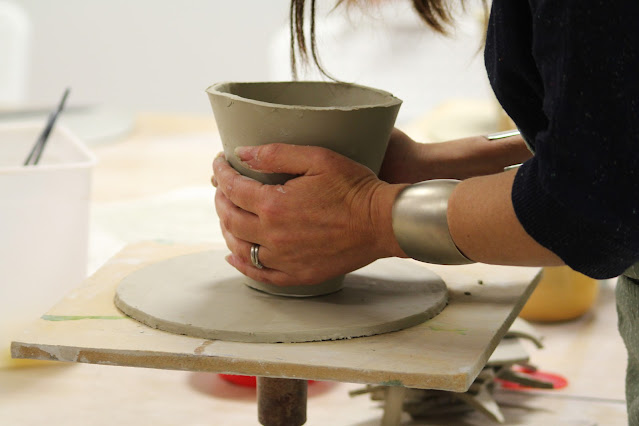 I had fabulous trips to Tipperary and to Donegal as always! 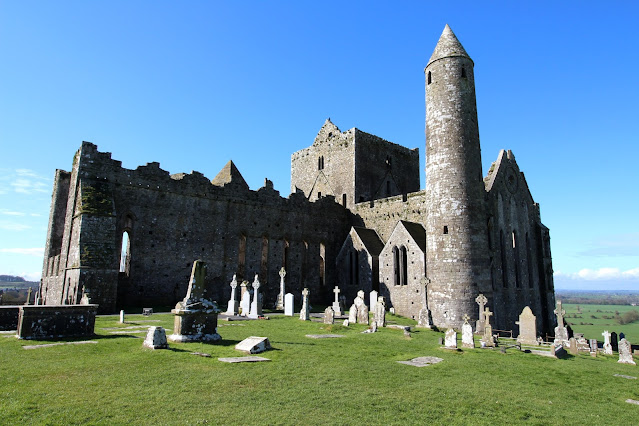 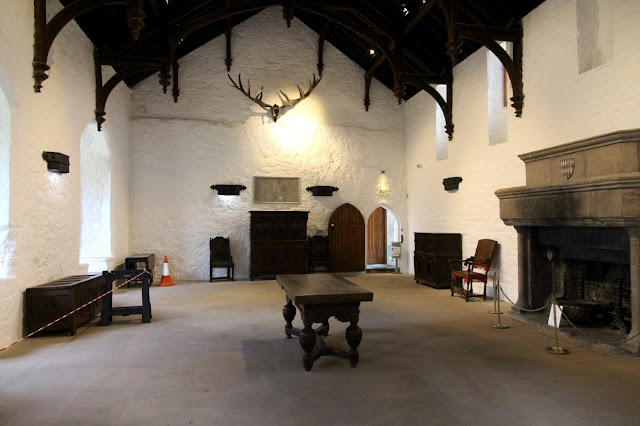 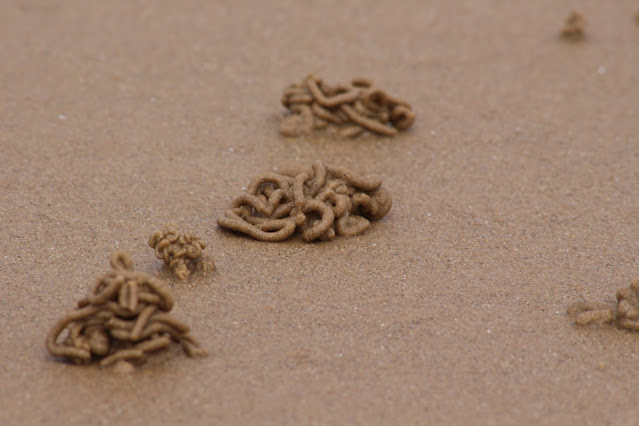 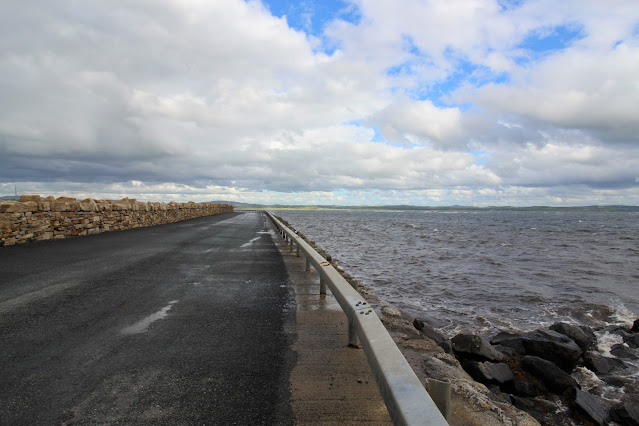 Finally, I began a new course, a Level 9 Certificate in Global Citizenship Education in Maynooth.  This course very much connects to my Master's and to all my other interests around equality, climate, inclusion and the SDGs and we have just finished module one.  I've really been enjoying this, and have learnt a lot about the economics of global inequalities which has been really interesting.
Of course the year was interspersed with so many other things, like family and climate action and friends.  I also joined Tiktok and have found a fantastic neurodivergent community there.  I've also had the opportunity to work on exciting projects in work and as a volunteer, like creating my SDG toolkit for PPNs, the PPN Climate Action weekend and our own Kilcullen Community 4 Climate Action Treasure Town event. I got to speak on the radio several times which was fun and wrote a series of sustainability articles for the local Kilcullen Bridge Magazine, as well as two collaborative articles for the same magazine on autism and adhd.
So I don't know what 2023 will bring but this year has been an amazing one!