Today I decided to do some baking - I've been trying to find things to do for a bored 13 year old off on Summer holidays and figured that baking was something that could be done without too much supervision and might lead to some device free time :)

With that in mind, I thought I'd give two recipes a go today - both are from a fantastic site called Spice up the Curry, which as you might imagine, focuses on Indian cooking. It's also brilliant for anyone with an egg allergy though - as Izzy has multiple food allergies I've used it before for eggless waffles and have been meaning for ages to try some of the other recipes.

Today I made the eggless lemon cupcakes and Izzy made the eggless chocolate brownies.
Both recipes are pretty uncomplicated and very easy to follow. I love the fact that there are great pictures, fairly simple ingredients and good step-by-step instructions.

Both recipes have a simple process of mixing dry ingredients and mixing wet ingredients and then combining the two - nuts are an added option but we gave those a miss due to nut allergy.

Here are some pics of my lemon cupcakes just out of the oven: 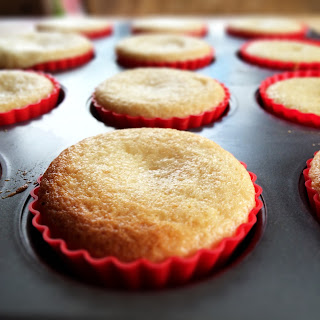 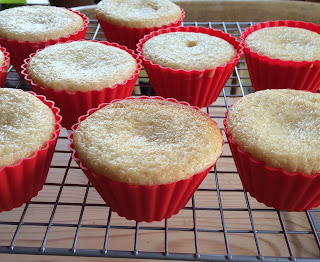 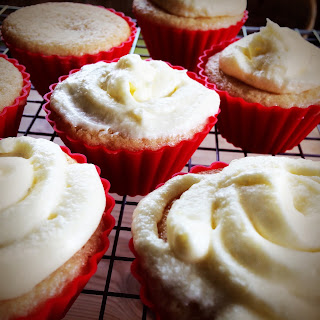 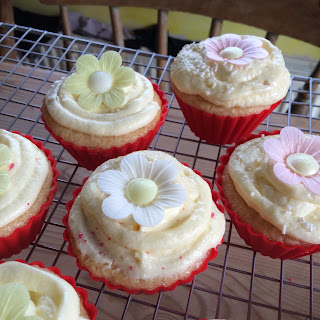 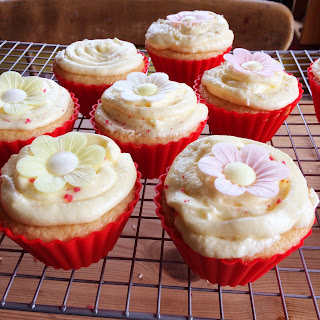 My verdict on these? Pretty nice although the buttercream icing was a bit too tangy/lemony for my taste. I think I would probably half the lemon in the icing next time. The sponge was nice and moist, broke a little too easily but that's pretty normal for egg free recipes because they lack the binding of the egg. I'll definitely make these again and go a little bit easier on the lemon!

Izzy's chocolate brownies also turned out beautifully - here is the batch just out of the oven: 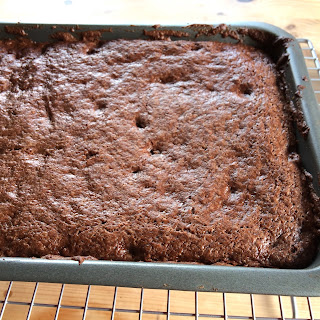 And dusted with icing: 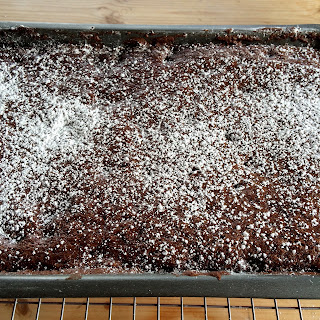 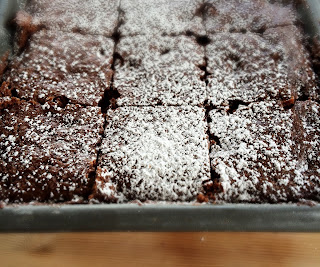 And just ready to eat! 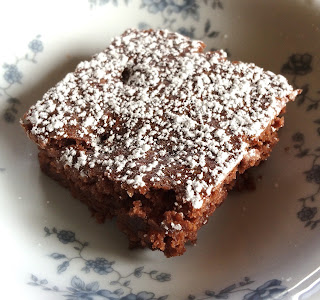 I have to say that I preferred these, they were beautifully chocolatey and so nice fresh out of the oven, all I was missing was some ice-cream to go with them. This is going to be a favourite recipe I can tell :)

Do check out Spice up the Curry for these and more eggless recipes. I will be posting more recipes I have tried and also some of my tried and tested allergy recipes in the next while.
Baking for Food Allergy chocolate brownies cooking egg allergy eggless baking eggless brownies eggless cupcakes Family Food Allergy lemon Lifestyle nut allergy
Next Post Previous Post
13 Comments
Add Comment
comment url
allergy,anaphylaxis,Baking,Baking for Food Allergy,chocolate brownies,cooking,egg allergy,eggless baking,eggless brownies,eggless cupcakes,Family,Food Allergy,lemon,Lifestyle,nut allergy