In these strange times, I find myself longing to get away and go on a trip. I think this world crisis has led to many different emotional responses and anxieties, as well as a great deal of positive reflection on where we are as a society, and how we can move forward.  I've lots of thoughts on this but I'm going to save them for another day and instead share with you a virtual trip - my recent journey back from Donegal, pre Covid 19.
I've been to Donegal many times and we have been as a family, but this time was just a trip for me and lovely it was! One of the benefits of travelling alone is that I have my camera, of course, but no barrier to stopping whenever and wherever I like. I have to confess my trip back from Mouncharles to Kilcullen took almost 6 hours due to my meandering :)

I had recently bought my Canon EF-S 10-18mm wide angle lens and it is perfect for landscapes and also for architecture. This had always been a frustration for me, that I couldn't get the landscape shots I really wanted, so this lens, which was priced reasonably, has given me a lot more scope and it was a joy to use on my journey.

Firstly I stopped to try and capture Ben Bulben.  There were lots of perfect views of it but a shortage of places to pull in off the road, so this was the first I got with the gorgeous cloud mass behind it. 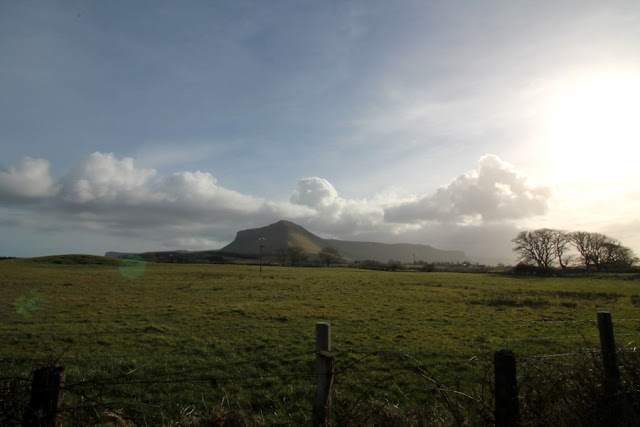 I headed out through Sligo and towards Boyle in Roscommon and this is where my next stop was. Up on a hill, with an elegant and imposing facade, is this church. It has caught my eye so many times and actually this time I passed it, then decided to turn around and investigate. 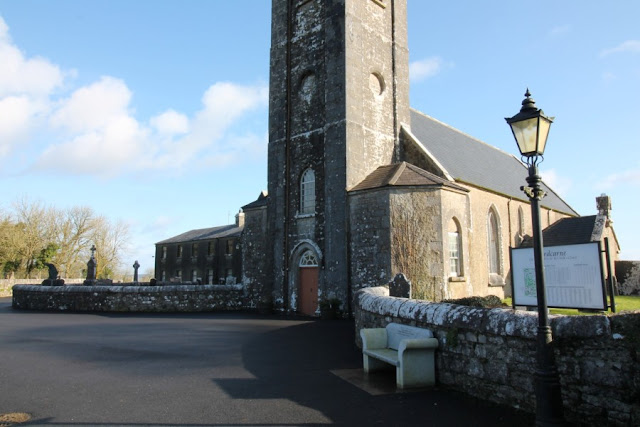 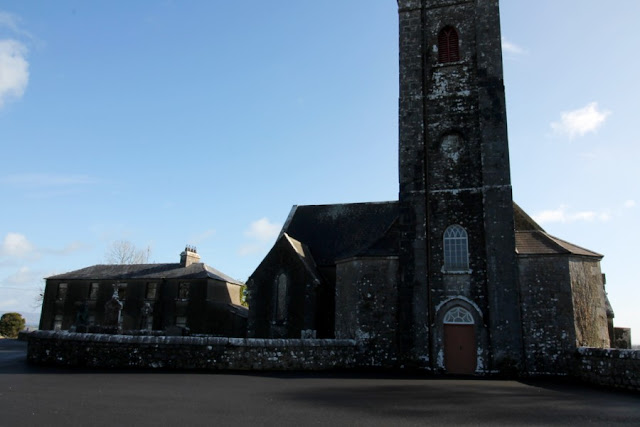 According to buildingsofireland.ie, there has been a church here since 500 A.D. - this Church of Ireland building however, dates from 1750 and was repaired in 1859 after a fire the previous year.  I was fascinated to learn (post-visit) that there is actually an Evie Hone window here, one of the first major commissions of her career in 1935.  There is also a stone walled graveyard attached to the church with the earliest grave being from 1866, and also a famine memorial by sculptor Jackie McKenna, which was unveiled in 1997. 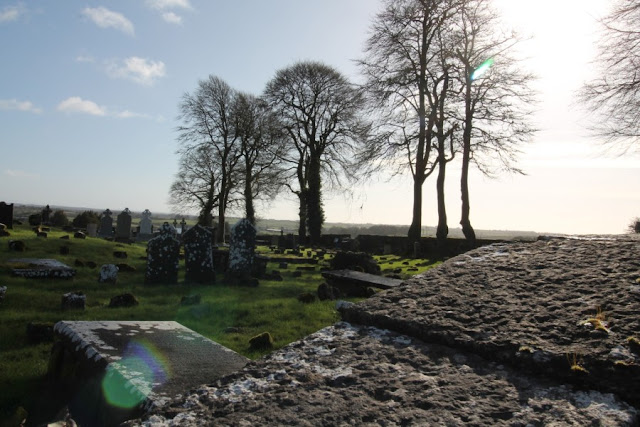 I moved on after this towards Carrick-on-Shannon, where the weather started to become cloudy. It was still pretty nice out though and I stopped to take a quick couple of pictures of the Shannon. 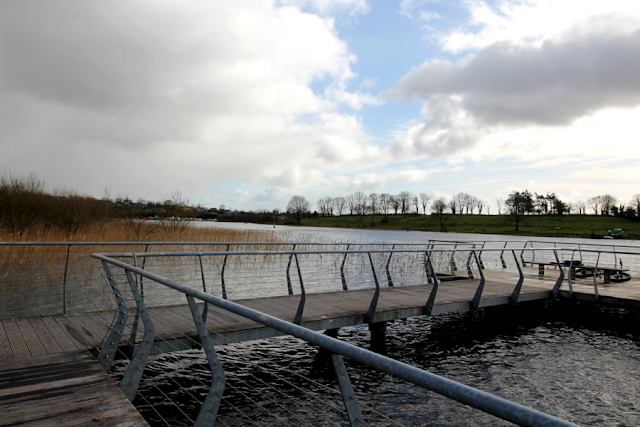 Although I'm still pretty new to using the wide angle lens, I find it great where there are sweeps or curves or lines. I suppose like any lens, it needs some focal point and vistas that are too far away can just be a bit dull but where you have something in the foreground and a nice background, it works perfectly.

My next stop is in Meath, between Kinnegad and Edenderry. Both this and my next stop are places I have been curious about for a very long time - because you can see them from the road and we go to Donegal practically every year, I have been meaning for years to check them out more closely.
This beautiful spot is Ballyboggan Abbey - my source of info for this one is Ireland in Ruins which, by the way, is a great blog with loads of fascinating information about places around Ireland.  According to this blog, the real name of the Abbey is the Abbey of De Laude Dei - it is an Augustinian Abbey and was built in the 12th Century. If you want to stop, there is no real parking but there is a little area you can pull in to across the road.  The Abbey was destroyed in 1446 by a fire and then rebuilt. The Abbey and lands were granted to Sir William Bermingham in the time of King Henry VIII's suppression of religious orders. 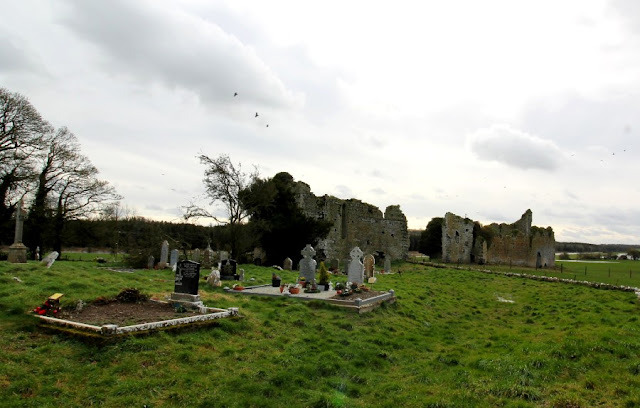 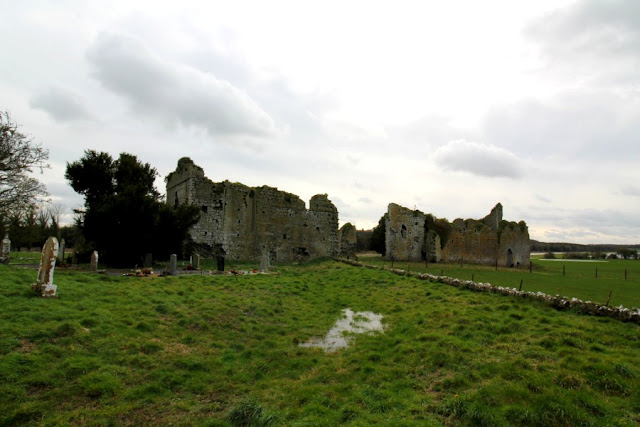 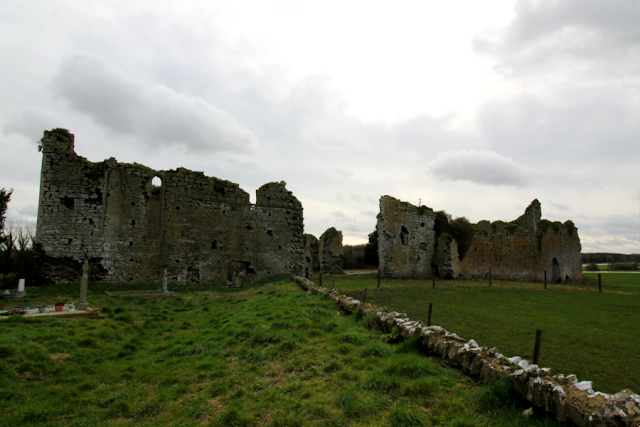 As you can see, the buildings are very much in ruins but there is a substantial amount left and it's well worth a visit.

Next and last, but definitely not least, is this little gem. It is actually pretty close to Ballyboggan Abbey - not as majestic or large by any means but still a striking structure and this definitely has the most interesting story! 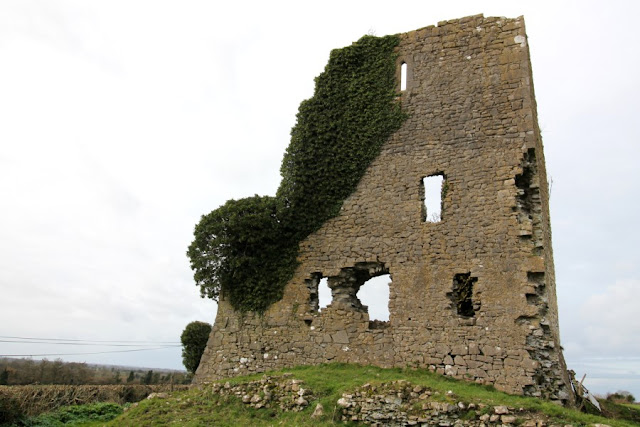 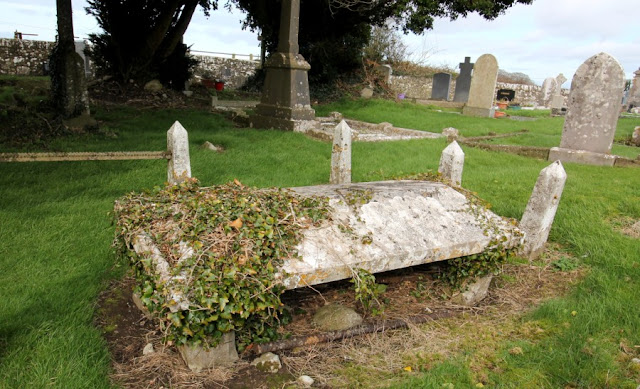 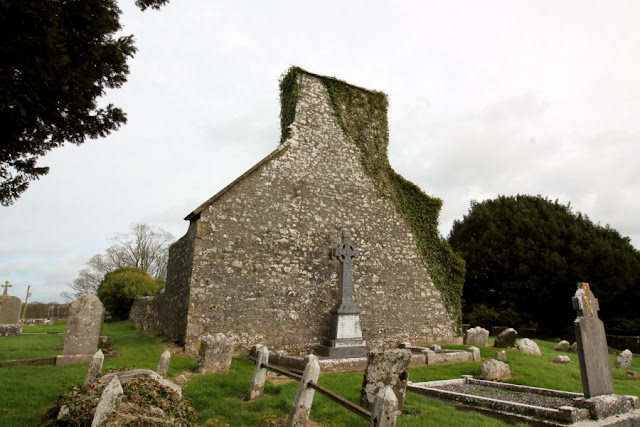 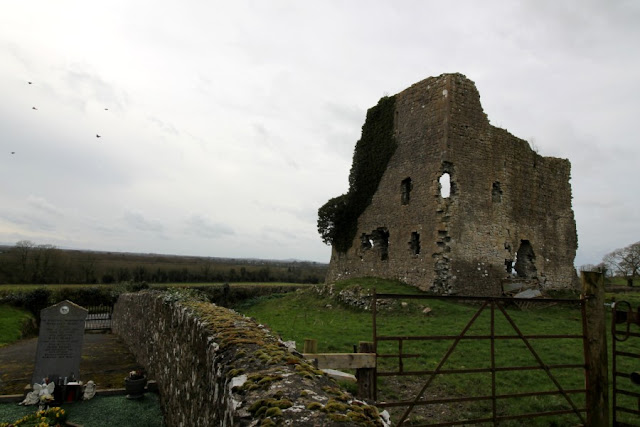 It took me a while to find information on this because I didn't actually know what it was called and only through doing image and location searches, did I figure out that it was Carrick or Carrickoris Castle. It is on a hill north of Edenderry and if coming from the Kinnegad direction it is not too far at all from Ballyboggan. Again, there is no parking but if you are coming from the Edenderry direction, there is a little area just before it, where you can pull in from the road and park.  Just be careful stopping at either spot, though, because it's a busy road and cars fly past. My source of info this time is Megalithic Ireland although there is also a section in Ireland in Ruins about this.
This building which is still standing dates from the 16th century but it is built on the site of an earlier castle.  This earlier castle was where the treacherous Baron, Sir Pearce Bermingham, murdered 32 leaders of the O'Conor Faly.  They were invited to a feast, according to the Annals of the Four Masters, and when they stood up, they were massacred en masse 'Red Wedding' style. All 32 men were said to have been decapitated and a young boy was thrown over the battlements of the castle  No justice was ever obtained.
Adjacent is the small graveyard of the Carrick parochial church.

That brings me to the end of this journey, I hope you have found some inspiration for places to visit and if you would like some more ideas, here are some other blog posts: