I know a lot of people are going to try Veganuary this year. It's a great idea and I wanted to put together a few tips for going vegan in Ireland as I know from being online that many groups etc. are based in the States or the UK so the product selection isn't the same.  Also, as a fairly new convert to plant based eating, I've spent a bit of time trying to find nice products and recipes so I'm happy to share them here to save you a bit of time!


First of all, you need to do a bit of preparation in advance so that you have everything you need. Do up your shopping list - essentials for me were plant based butter, plant based milk, mayo, 'cheese' spread, snacks etc.
My favourite plant based butter is the Flora one, although M&S have one which is also fine. After a lot of experimentation, I found that Oat milk suited me best - the Oatly (available in Tesco) has the nicest flavour I think and you can buy a few cartons at a time as they are long life. If you are looking for a fresh Oat milk, Dunne's Stores stock the Innocent fresh oat milk which is also gorgeous.
The Hellman's vegan mayo is great and if you have a small veg chopper, you can do a super quick fresh coleslaw by blitzing carrot and red or white cabbage and then mixing with the mayo and salt and pepper. This is so good with lunch or as a side at dinner.
There are many reasons to switch to a plant based diet - the distinction between plant based and vegan is that being vegan is an ethical choice based on animal welfare whereas plant based can be a health choice or an environmental choice. For me it was mostly environmental but also based on animal welfare. As it wasn't primarily a health choice I wanted to make sure I had lots of snacks and I tend to be a grazer anyway so I didn't want to feel deprived. There are lots of vegan products out there now as well as accidentally vegan products such as chilli heatwave doritos and oreos. I also love Fry's chocolate cream and I craved hummus a lot in the first week - I usually just had this with breadsticks and it was a great quick snack if I was feeling peckish.
Now to some recipes - I'm sharing here two pics of recipes I made loads before becoming vegan and both are so tasty. This first one is lemony pasta, literally takes less than 15 min to make, is delicious and if you are cooking for a family, we usually have this with a big salad and I add lots of toasted pumpkin seeds for protein with the greens.
(apologies for the quality of pic - this is a very old book I've been using for years!)

This second recipe takes a bit longer to cook but the beauty of it is that it's great for freezing and the recipe makes quite a big quantity so I usually throw a portion in the freezer. It's absolutely delicious and full of nutrition.

(Both recipes above are from Sue Kreitzman's Low Fat Vegetarian Cookbook, published in 1994).

Next up is a huge family favourite - black bean chilli. My whole family loves this and pre going plant based I would have put cheese and sour cream on top but now I just put some violife 'cheddar' on as a garnish.  This is another recipe that freezes well and I find I get pretty much 3 portions out of this (based on 3 of us eating it). Link to recipe HERE

When out and about it is relatively easy to manage - most coffee shops now have plant based milks and Insomnia offer both vegan savoury and sweet options - they aren't particularly gourmet but it's handy to know where you can pick up something. I tend to always have some snacks in my bag just in case - as we have a nut and sesame allergy in the family I can't have these in the house but I have packets of cashews or sesame sticks in work and also dark chocolate rice cake packs are handy.

If you are working and just can't be bothered cooking, nearly all the supermarkets have quick and easy meals or things like vegan sausages/burgers. Dunne's Stores has some meal options and also all the Violife cheeses which are my favourite ones. I'm slightly addicted to the vegan sausage rolls which I can get in my local Eurospar :)
If you want an even nicer quick option,you have to try the M&S Plant Kitchen range - there are some really great dishes - the dirty fries are amazing and there are curries and other options and the larger M&S stores have an even greater range.
Another thing I like is the Lidl Vegan bruschetta pizza - it's really good!
As I have mentioned, there are quite a few things which are accidentally vegan - I think possibly ginger nut biscuits might be included in that but it's also easy enough to do simple things yourself like flapjacks, just substituting with plant based butter. Also this cookie recipe is really nice -I made these a few times over the Christmas period and really liked them. They have an almost buttery taste which I think might be due to the vanilla. Recipe here - Vegan Sugar Cookies

Hopefully some of this has been of help if you are thinking of making the transition and if you have any favourite brands, do comment and let me know! 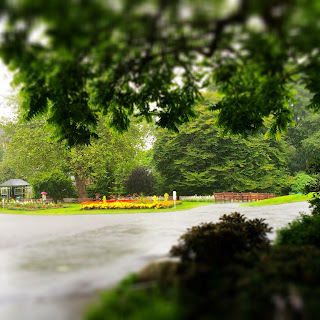 Glasgow Trip - Charles Rennie Mackintosh and so much more!

I'm not long back from a great trip to Glasgow city - I've always wanted to visit Scotland, probably more so the highlands and Sc... 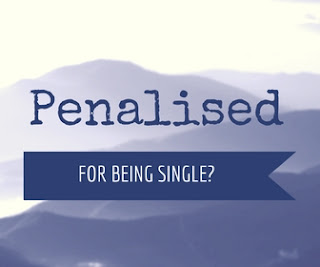 Do we discriminate against single people? 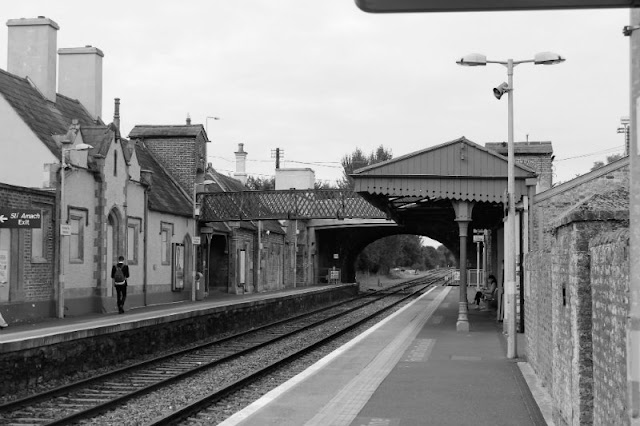 Commuter Travelog - A Day in the City

The word 'travel'conjures up the idea of planes and exotic locations, sipping cocktails and sun, but for the daily tra... 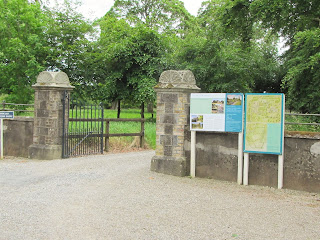 Summer Flowers in Burtown House, Athy. Burtown House is one of my favourite places to visit, so beautiful always and owners and staff ar... 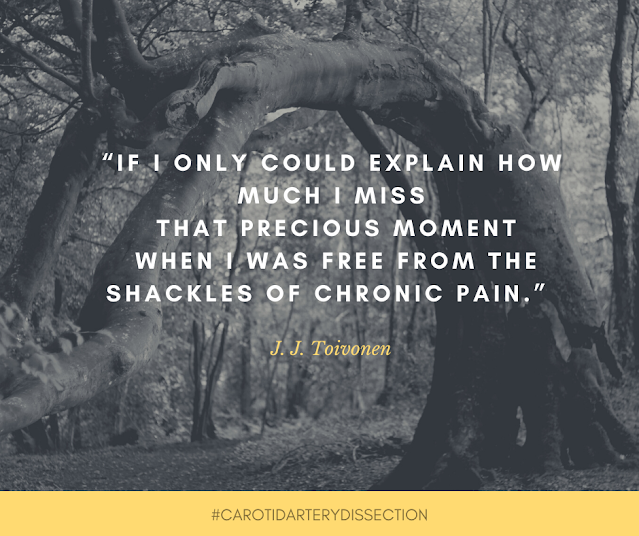 Introduction This is the first of (hopefully!) a few guest posts on the topic of Carotid Artery Dissection. I've documented my own jou...