Well, I haven't done a post in a little while and there have been lots of reasons for that. I can't always share every single thing that goes on in my life because I have to respect other people's privacy and I am conscious of relaying other people's lives just through my own eyes.  However, blogging has always been a little bit of therapy for me.  It helps to get the thoughts and emotions outside myself, so I thought 'what the hell, I will just do this' (and with permission from family members). 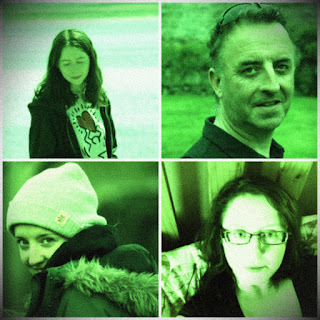 So what have I learnt from all this?
Firstly, sometimes we have zero control over the crap life throws at us and there will be times where you just try to get through and do the best you can.  Which brings me to the second thing - I have learnt that trying to be perfect and on top of everything just grinds you down.  Sometimes you just have to let go, let things slide and try to find some little portion of peace to recharge your batteries.
Another thing I have learnt is who the truly good and kind friends are. It has been a lonely and hard year and to the small group of people who reached out to me - you probably will never know just how much that meant to me.  For me, feeling that someone cared gave me sustenance that I badly needed and made things just that little bit less shitty.
I'm not going to jinx everything by hoping that next year will be better but I know that I'll keep on trying all the same!
invisible illness Lifestyle Reflections on life stress
Next Post Previous Post
13 Comments
Add Comment
comment url
depression,Family,illness,invisible illness,Lifestyle,Reflections on life,stress