Being 50 - the title says it all really!

I've been 50 for a grand total of 10 days so far, so my experience is limited, but as it's a milestone birthday, I thought I would share my own thoughts on reaching this age.  Obviously it's different for everyone but honestly, I welcomed this birthday with open arms. Yet I was so struck by the attitudes and comments leading up to the big day.  It seems like being 50 is something to be feared and dreaded, almost as if it's that magic moment where you become 'old' and relinquish ambition and decide suddenly to embrace comfy cardigans and sensible shoes.
Frankly nothing could be further than the truth in my case (although I have been wearing sensible shoes for a very long time :) ).  Being 50 felt incredibly liberating for me, particularly as a female. I feel like I have let go of any acceptance of 'expectation' - because that's what it's all about. Expectations of being young, of being old, of being female, of being male.  How we are supposed to be in society, what people think of us.  I've always felt slightly out of step with societal expectations of me as a woman, and even as a person, but with age has come an absolute certainty that I just have to be the person I am.  That is a belief that has built up over the years - I was infinitely more happy to be 40 than 20 and with reaching 50, I have completely embraced my inner nerd.  This is why I used the word liberating earlier, because I feel like I've let go of the shackles completely.  I don't feel the need to get on with people I don't like, I don't feel like I have to pretend to like stuff that I find boring. I'm completely comfortable in my own skin and that is a pretty happy place to be.
I think, as a society, that we fetishize youth - it is basically what sells magazines and creates revenue for advertisers and brands.  It is where a lot of the money lies, not just because young people are willing to spend lots of money on brands, but also because advertising can sell the 'concept' of youth - assuming that psychologically we will feel that our younger years are where we look and feel the best and that it will always be the place we want to be as humans.  It's a pretty flawed concept though, and one I stopped buying into years ago.  I definitely don't want to be 20 again, I was pretty clueless and lacking in confidence when it came to other people.
Physically, yes, things begin to change and that can be uncomfortable - eyesight changes.  I now have to do that thing where I lift my glasses to look at small print. Although I am definitely way fitter and healthier (mostly due to lifestyle changes post Carotid Artery Dissection) than I was when I was in my 40's, it does take work. I do one class of boxercise a week and try to run twice a week. I find if I miss a class or a run, the next one is extra hard and if for some reason I don't exercise for a week (very rare!), I feel completely stiff. Appearance wise, you become more wrinkly of course, but how you look at a certain age is part of being that age, so for me, it doesn't seem like a big deal. Pic below is from my recent 50th birthday party which I shall chat more about below! 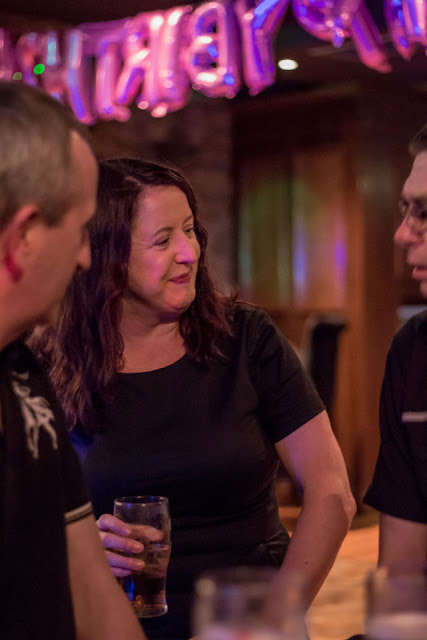 So as you can see, I've fully embraced being 50 and with that in mind, I decided to have a party. Initially I had thought I wouldn't bother but then I felt, that, after all the struggles I have been through over the last few years, I should do something life-affirming and positive for a change, instead of waiting for the next disaster to happen.  It was the best decision ever and I was so touched by all the friends who made a big effort to come and celebrate and make my night so special. I had a wonderful time and some beautiful memories were captured by Phil Cummins who kindly agreed to take some pics on the night - you can find Phil on Instagram here.


I danced and chatted and just generally celebrated life, not just my own but all the great people around me who have been through stuff, have experience and knowledge and an empathy and humour that comes with age. So here's to my kick-ass 50's! :) 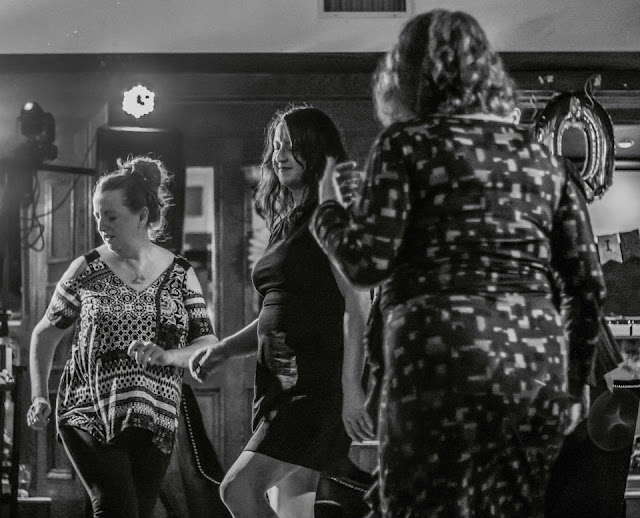 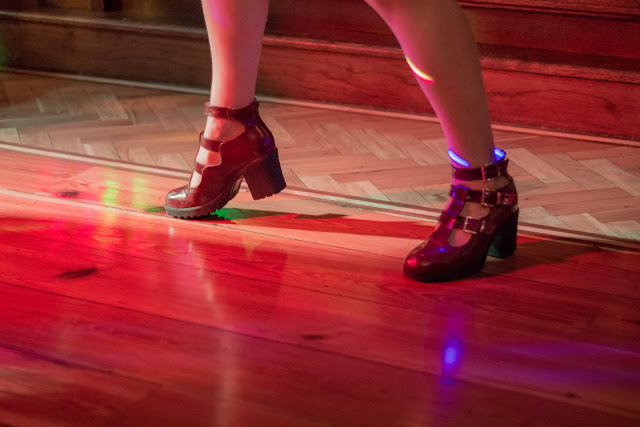 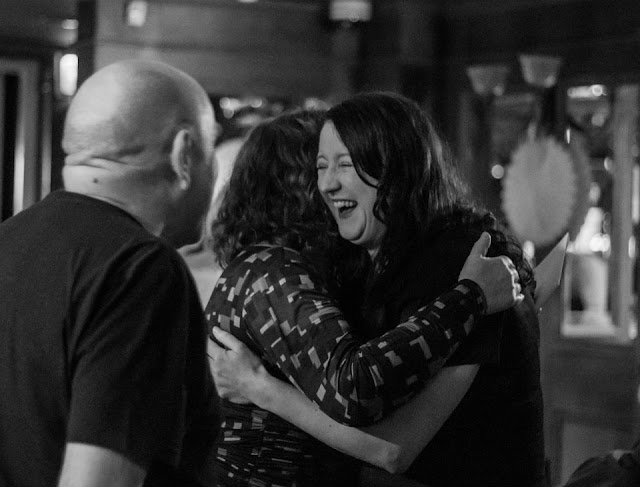