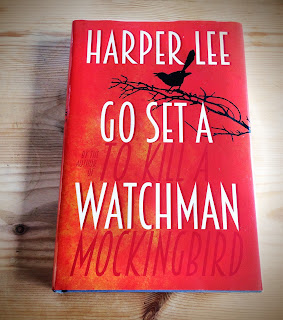 Although I was a voracious reader in my youth and read all around me, somehow ‘To Kill a Mockingbird’ stayed off my radar and was filed away in my mind as one of those ‘must read’ books that just never happened.
However, when Harper Lee released a new novel, ‘Go Set a Watchman’, it piqued my interest and it prompted me to take up the first and finally read it. 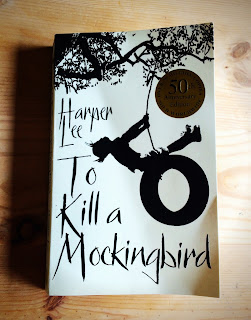 Having had lots of time on my hands lately (see Struggles with being ill), I’ve been catching up on reading and have had lots of blissful uninterrupted time to actually absorb myself in a novel.
‘To Kill a Mockingbird’ was a joy, a beautiful flowing unselfconscious look at the life of a little girl experiencing her own world amidst a reluctantly changing culture and issues of race and privilege.
Her moral compass at all times is Atticus, a somewhat eccentric father, but kind and upright, and Scout lives in an innocent world of games and friends,  untouched for the most part by the uglier undercurrents shifting around her. The book held me from start to finish, it was like being surrounded by a soft duvet of language, comforting and serene.  There was a certainty and a security that each of the key characters would fulfil an unspoken promise, a bond of goodness and truth.
The ending was possibly the best finale of any book I have read, it cheered and inspired me and made me feel positive about humanity.

I deliberately didn’t read any reviews of ‘Go Set a Watchman’ before starting it. I didn’t want to begin with any outside preconceived ideas. I did have fairly high expectations though, just based on my positive experience with ‘To Kill a Mockingbird’.

The novel is set at a point later in time than ‘To Kill a Mockingbird’ although it was actually written first.  Scout is 26 now and our first introduction to her is as she travels home to Alabama on the train from New York.

She has retained the free spirited independence which drew me to her character right from the start, 20 years later she still pushes the boundaries of what is expected of a genteel young Southern lady, is a strong voice in her own right and declines to bow to fashion norms or the dictates of a cloistered society which expects females to be decorative and weak.
Apart from the consistency in the portrayal of Scout, the book deviates from what I had expected. Similar in writing style, it has brief glimpses of the magic of To Kill a Mockingbird but there is a strangely disjointed effect, a feeling that the jigsaw pieces haven’t quite been put together properly.

Atticus is old and suffering from rheumatoid arthritis and Aunt Alexandra has moved in to take care of him. The fractious relationship between Scout and Alexandra is the same although an older and wiser Scout sees the kindness behind the stiff façade and it tempers her impatience.

Henry is in love with Scout and although she has feelings for him, being married to him is not a certainty in Scout’s mind.

The crux of the novel is an issue of race and as in ‘To Kill a Mockingbird’, Lee spends much time laying the ground work, letting us get to know the characters and the locale before revealing a perturbing event which has an impact on everyone.

In ‘Go Set a Watchman’ this event is a meeting of the Maycomb County Citizens’ Council. Henry and Atticus disappear and Scout is intrigued by their whereabouts so follows and listens in to speeches at the meeting. The shock of hearing vile racist sentiment from the guest speaker causes a huge emotional crisis for Scout and unravels everything she has believed heretofore about her father. She believes that his presence there, and that of Henry, implies approval and support for the hateful feelings exhibited.
What follows is where the book lost me really.  Scout turns to her Uncle Jack Finch to lay out her troubles. His plan to make things right involves, amongst other things, recounting to Scout a potted history of the South and difficulties with the Constitution and an illustration of the clannish nature of Southerners and her own kin.

Although, finally, I could see where Harper Lee was going with this thread (in my interpretation anyway), it didn’t make it any easier for me that Uncle Jack was essentially justifying actions and condoning her Father’s tacit support of actions against black people.

My interpretation of events was that an older Scout needed to understand the complexities of human relationships, the myriad of ties that bind us and that influence our actions. Her initial rage was tempered by absorbing this realisation and she seemed to come to a new emotional maturity and independence. Frankly though, it was disturbing and I was left with the feeling that perhaps Harper Lee hadn’t quite articulated what she was trying to say. Or perhaps it was just me and my reluctance to see the legend of Atticus Finch reduced to a bigoted old man.

Although it didn't have the moral clarity of 'To Kill a Mockingbird', it was hopeful in its representation of Scout. Uncle Jack encouraged her to move back to Maycomb, saying

"That's the one thing about here, the South, you've missed.  You'd be amazed if you knew how many people are on your side, if side's the right word.  You're no special case.  The woods are full of people like you, but we need some more of you".

In conclusion, for me, it didn't have the satisfying feeling of completeness that 'To Kill a Mockingbird' gave, although I can't help feeling regret that we haven't seen more works from such an amazing talent.

Do let me know if you've read the book, would love to hear what you think!

Available from book stores and your local library.