I’ve spoken before about trying to get the balance right . It’s something I still struggle with because I feel I have to fit so much into my time and with that end of year season on the way, the pressure is on to have stock ready and plans in place - see I didn’t mention the word but other crafters will know what I mean J

This weekend however, I took Saturday off and was so glad I did. Myself and my husband Mark were invited by friends Ciaran of The Garden School and his partner Hanna who is behind the Scoodoos idea to come and help out making Scoodoos as part of the #greeningofranelagh project in association with the Ranelagh Arts Festival.
I had seen the work that Ciaran and Hanna do and loved the idea of Scoodoos, both the concept behind them as well as the actual shape and structure of them.
It was a glorious day when we arrived and there was a bustle around the centre of Ranelagh, the Arts Centre was open and there were many hessian sacks around with little plants as well as a hive of activity around the garden area. Already some of the Scoodos adorned the little flower beds and I was dying to find out how they were made, so we got to work.  Here is a little snippet of the beautiful idea behind Scoodoos (taken from the Scoodoos website:

‘Once upon a time we Scoodoos were commonly seen throughout the world. As humankind spread as a species, the Scoodoos retreated, seeking refuge in the arboreal world, we are spirits of the trees.


Not much is known by humans about us Scoodoos in modern times. Our existence has been the subject of rumour and superstition. We are tree spirits. In past times we were known by many different names in different cultures; for example in Japan tree spirits are called Kodama, in Greek mythology tree spirits were called Dryads.’

I certainly felt that as our first Scoodoo took form, there was a feeling of personality and life in it and each one is quirky and lovely.   Although our initial attempt required a bit of adjustment, I was pretty happy with it  - here it is! Here's Mark with another larger Scoodoo 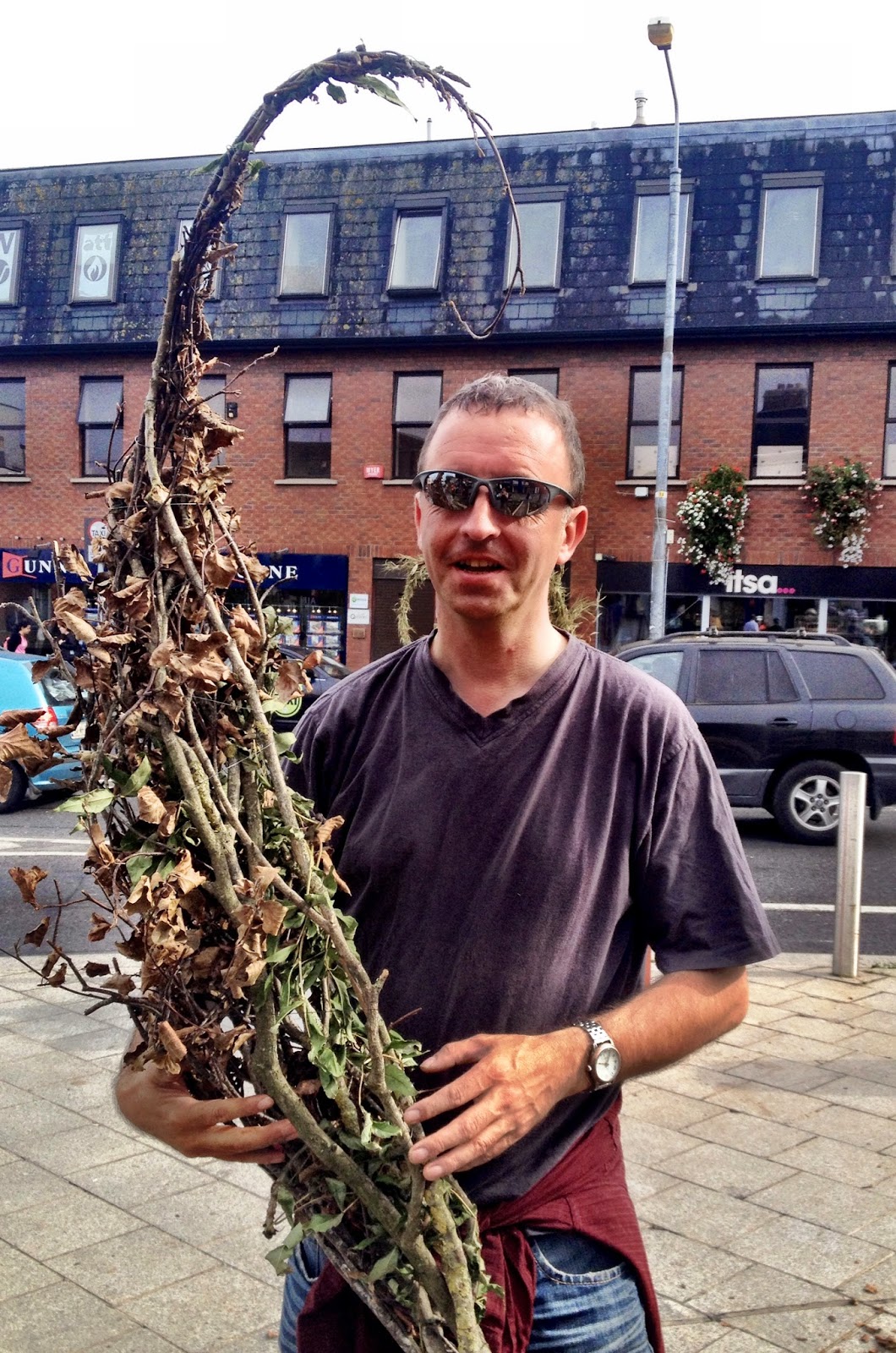 And here are some of the Scoodoos decorating Ranelagh :) (photos below courtesy of Ciaran Burke) 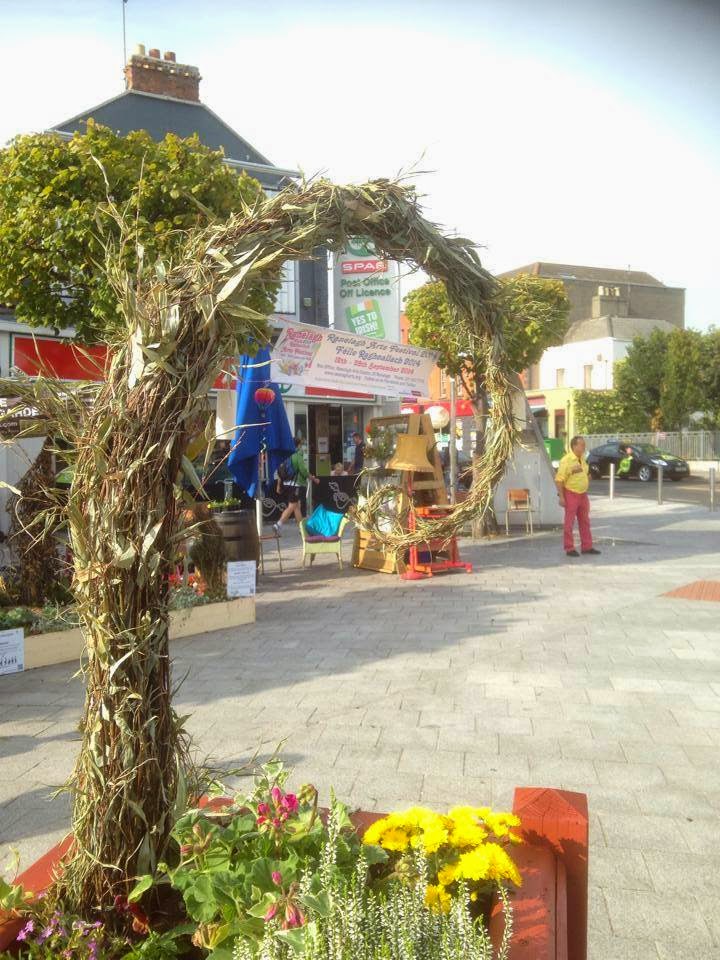 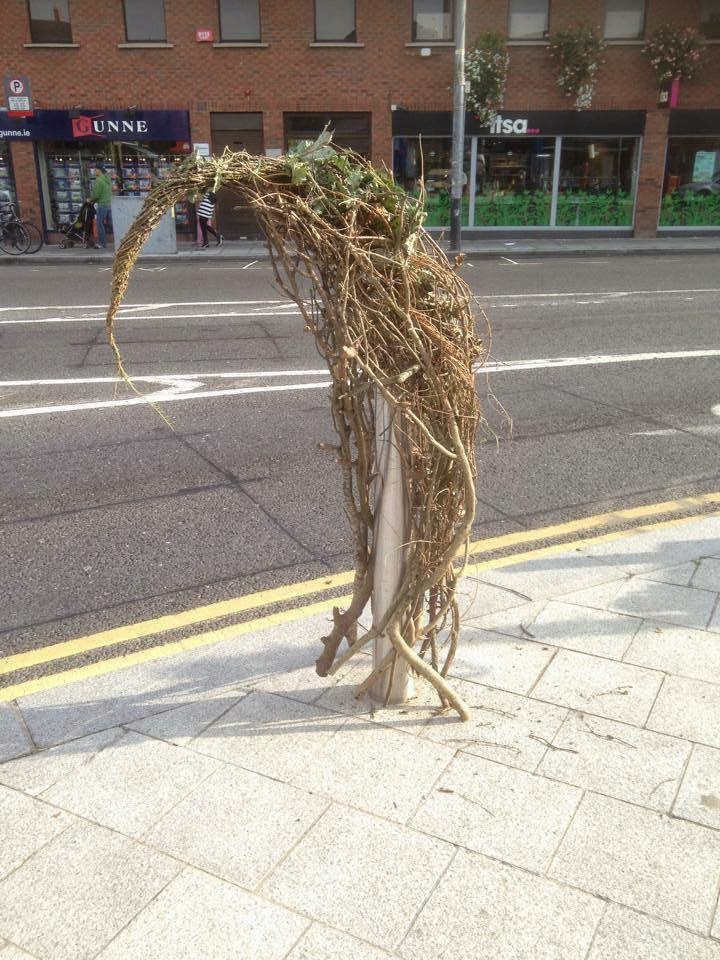 And finally, the team, from left to right - myself, Mark and Rafika 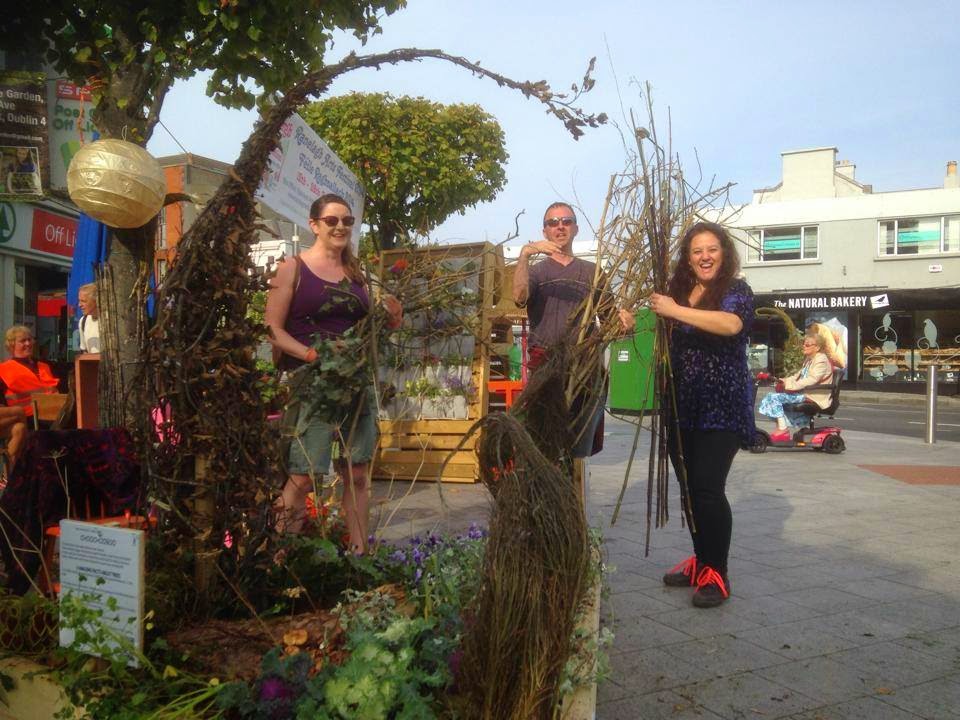 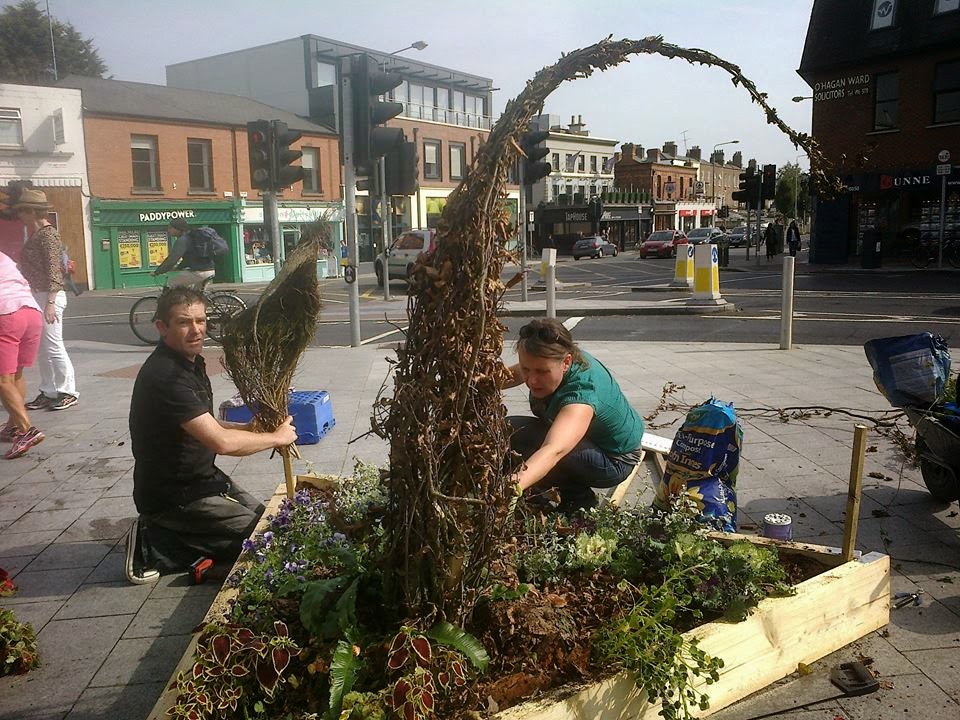 It was fabulous day for many reasons - it's always lovely to see people coming together and fostering a sense of community. Creating a green space is beneficial to everyone . Being outdoors and having great company made the day too and I definitely can't forget to mention the great food provided by Rasoi, so good I had to get a second helping :)